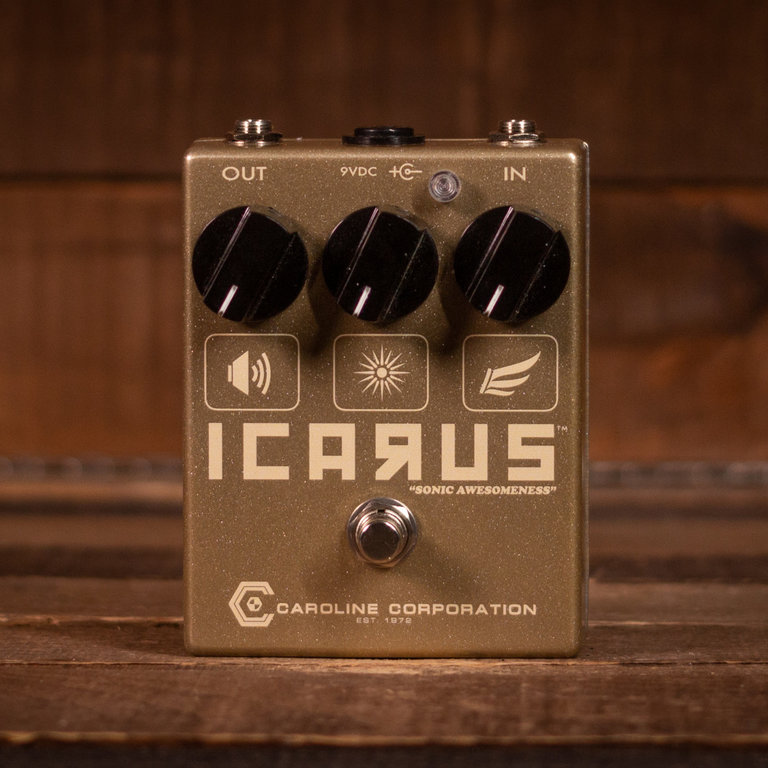 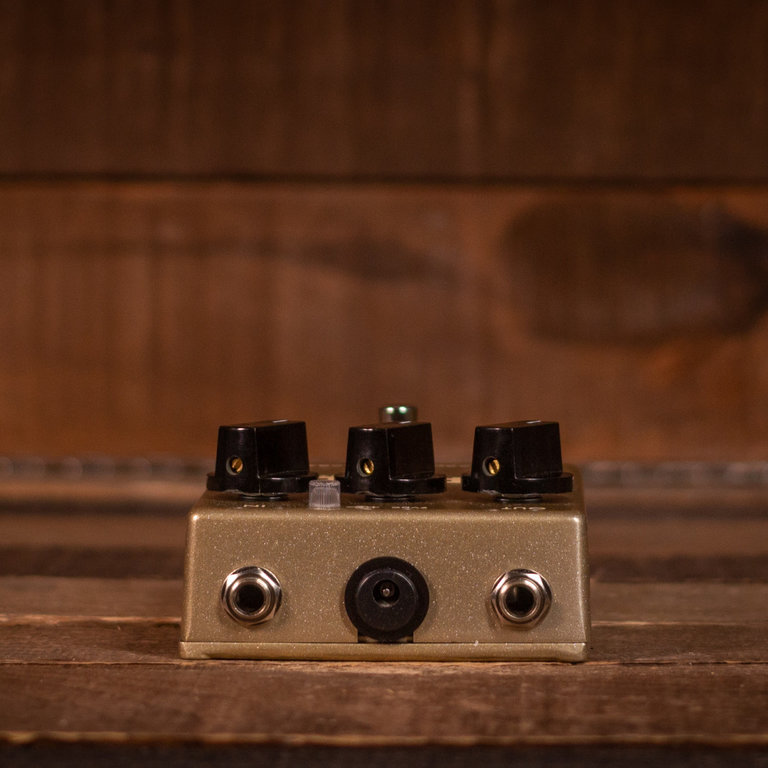 $189.99
Caroline
In stock
A straight up, to the point, amazing preamp/overdrive/boost. ICARUS is "sonic awesomeness" based on Caroline's PARABOLA and METEORE preamps.
Share this product:

Due to Caroline's own constraints, they were only able to make about 120 of these. Icarus V2.1 kicks major you-know-what.

Three knobs and the truth! There's up to +12db of clean boost with no additional gain just from the second (volume) stage, but once you add that gain and start to clip the hybrid Russian germanium and silicon diode circuit, you won't want to come back. Based on Caroline's acclaimed preamp from the Parabola™ and Météore™, Icarus expands on it with the multiple gain stages, gently tapered highs control, and buffered/true bypass. All running elegantly at 9VDC with no noise-inducing charge pumps or other goofy frills.

It's 1972. A Soviet surveillance microphone preamp has made its way west thanks to a courageous defector. The nascent, nefarious, and invisible Caroline Corporation obtains it and converts it into devices for military psychoacoustic special operations, then covertly delivers them to legendary users with fame and influence for evaluation. The guitar player of the world's most famous band plugs in his rosewood guitar into on and uses it for a famous benefit concert. A producer runs his instruments through another directly into a mixer, spills a bag full of illicit drugs into its faders, and records all-time smash hits. An unknown actress brings one to a film screening and wins the Golden Globe. Facing public exposure from Senate hearings over arms trading and supermodel cloning scandals, the Corporations mysteriously dissolves in 1983, leaving no traces except abandoned file cabinets in a dilapidated office basement. Decades later, the Corporation's hilariously neglected "Guitar Company" satellite office, blissfully unaware that their parent company has dissolved decades earlier, discovers the schematic and parts specifications. They source some discontinued Russian "unobtanium" diodes and recreate its special flavor.

There is no evidence that any of he above has or has not happened. So anyway, here's ICARUS. It is "sonic awesomeness" based on Caroline's PARABOLA and METEORE preamps.