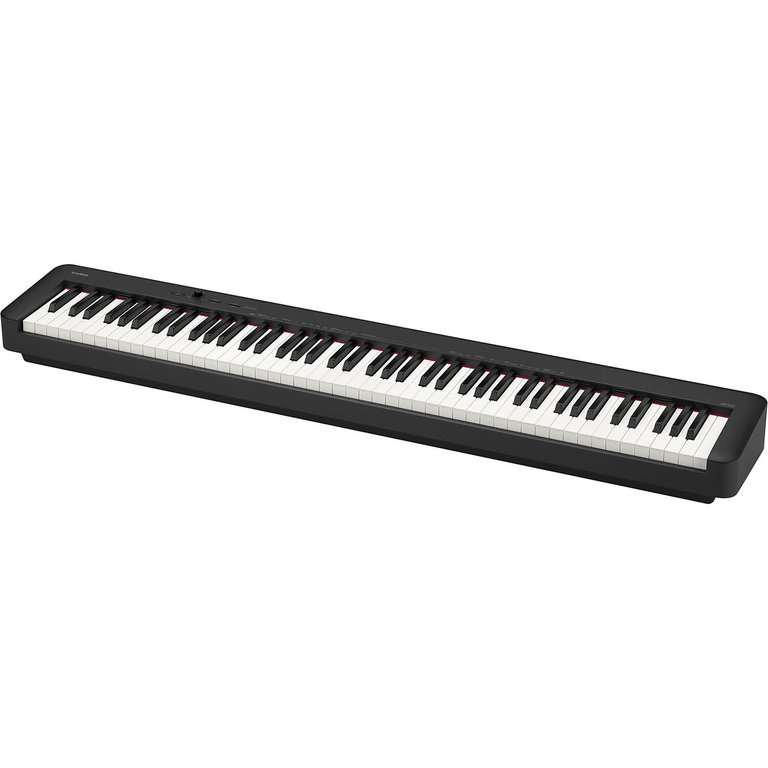 $479.00
Casio
In stock
The Casio CDP-S150 Compact Digital Piano is a well-equipped and lesson-ready digital piano.
Share this product:

Casio has applied its highly compact construction technologies to achieve a size that is even smaller than previous CDP series. This compact piano can be played anywhere, in your own style.

Comes with 10 built-in high-quality sounds, including grand piano. You can express subtle differences in tone by adjusting the force with which you strike the keys.

For the new CDP-S series, Casio has significantly reduced the size of the action mechanism that simulates the weight of the hammers in a grand piano. This allows for a keyboard with a responsive touch in an amazingly slim body.

The keys to the left and right of center on the keyboard can be set to the same tonal range. This Duet Mode is convenient when two players, such as a parent and child or a teacher and student, practice together.

Record your own performances to the CDP-S’ internal memory. Playing back these recordings can be helpful in lessons or other situations.