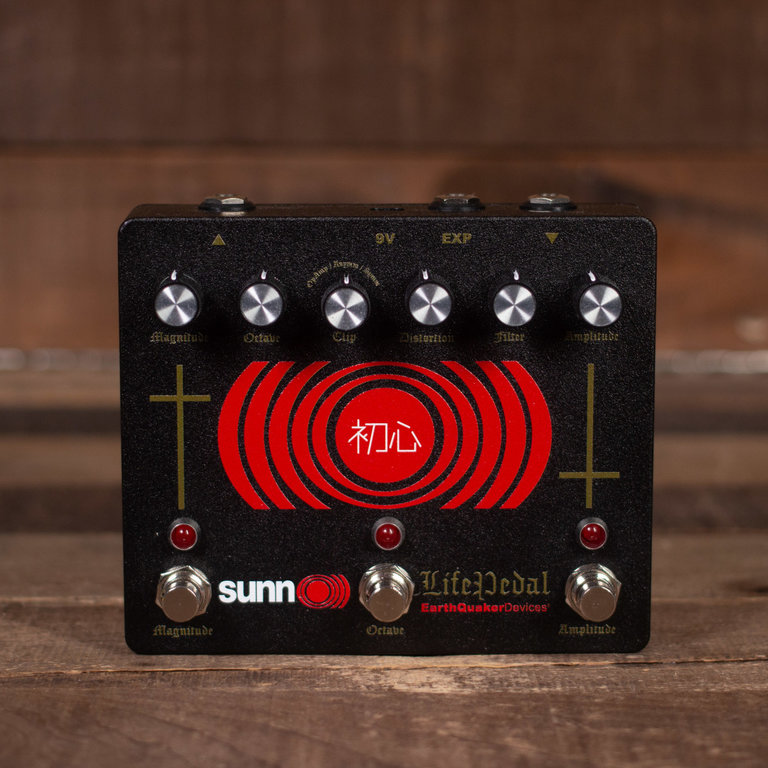 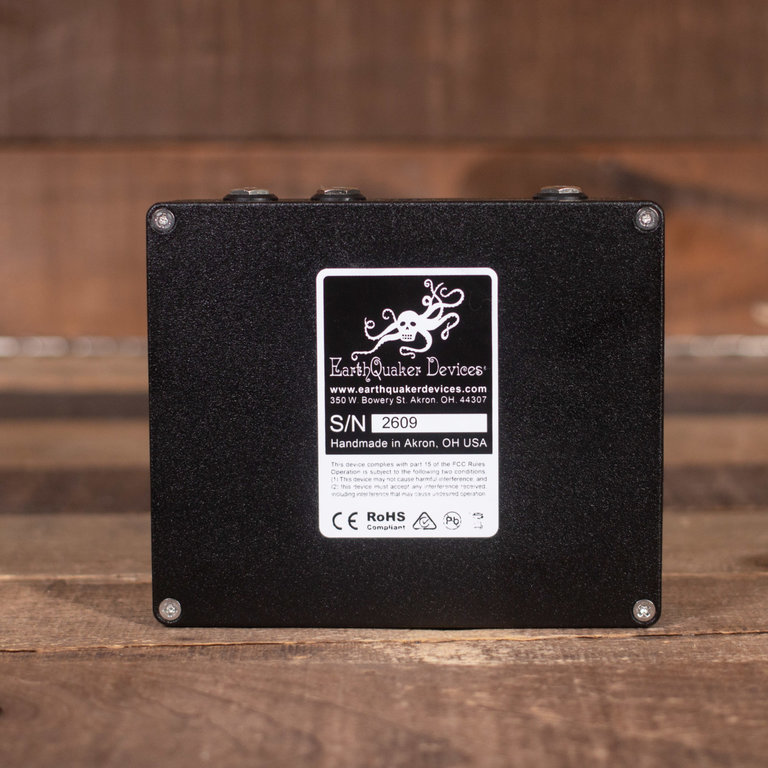 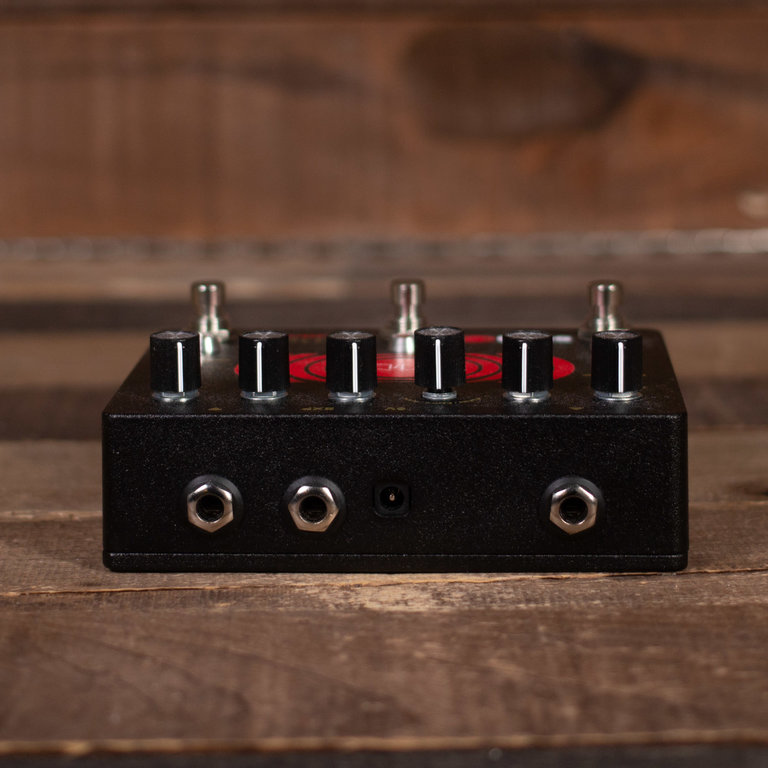 Sunn O))) and EarthQuaker Devices join forces to create Life Pedal. This is a limited, hand numbered, tube amp crushing octave fuzz and distortion with boost. Life Pedal empowers the operator to immerse themselves in the same full spectrum overdriven sonic palette as used on the “Life Metal” album.

In the writing sessions for “Life Metal” Sunn O))) worked extensively shearing their tones toward a broader energy spectrum over high powered saturation and across planes of sonic character, with the ambition to take full advantage of Steve Albini’s (the recording engineer for the album) exacting capture skills.

The results are astounding: there is breadth and luminosity of colour, vast sonic cosmoses, flashes of abstract colour (synthetic and objective) through resulting themes which emerged from the mastered depths of saturation and circuits between the two players and their mountains of gear.

The Life Pedal is designed to represent the core front end chain used in those sessions, to drive the tubes of the band’s multiple vintage Sunn O))) Model T amplifiers into overload ecstasy. This is a 100w tube amp full stack’s holy dream, or its apostate nightmare.

An octave fuzz inspired by the Shin-Ei FY2 & FY6 units leads the circuit into a LM308 chipped and brutal rodent big box distortion, recreated with the best components, and including a three-way clipping switch (op Amp, Asymmetric & Symmetric). Second stage is a purely clean boost to further overdrive the preamp tubes of your vintage system into -scaped harmonics, and feedback overtone bliss.