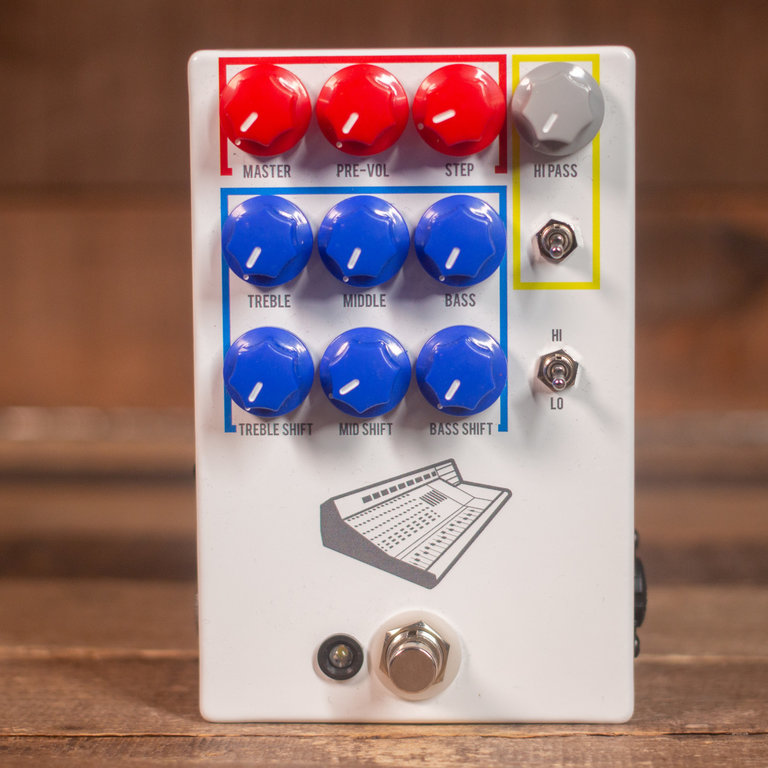 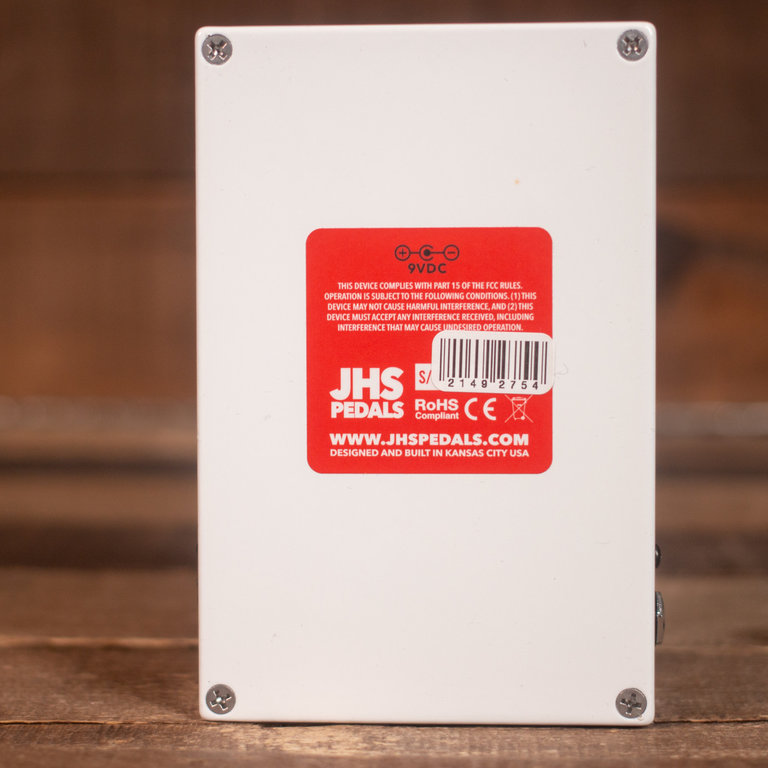 $449.00
JHS
In stock
The Colour Box V2 has all the same functionality of the V1 with many new and improved additions like expanded EQ controls, a Hi/Lo switch for massive clean headroom, and the ability to pass phantom power to your condenser mics.
Share this product:

In 2012, I had a crazy idea for a tone shaping device that had never been done before in the world of guitar pedals. I wanted to create an effects pedal that replicated the hard to achieve sounds of "direct-in" electric guitar recordings that I loved.  Bands like the Beatles, Spoon, WIlco, and Steely Dan had used this technique for years, but it was nearly impossible to recreate live.

I wanted this pedal to transform my guitar rig into the tonal equivalent of a Neve studio console, and that was no small task. After lots of trial and error, experimentation, and re-works, this concept evolved into something far beyond what we had imagined.

In 2014 as we filmed the first demo videos at Abbey Road Studios in London and this idea had evolved into the most unique product we had ever made. The Colour Box was a full-fledged studio-grade preamplifier, EQ, and distortion generator with multi-instrument compatibility. It did what I had always wanted it to do, but it did so much more!

On its release day, I wasn't quite sure how it would be accepted, but I knew that I loved it. As a few months went by, we saw something amazing begin to happen; this pedal was showing up in all types of environments. Producers, engineers, and artists were emailing us, tagging us on socials and showing how they had put the Colour Box to use. Studio vocals, live vocals, kick drums, acoustic guitars, bass, keys, overhead drums, stereo bus's, room mics, synths, re-amps, and some incredibly large stage setups had it on almost every instrument!  This unit can be heard on dozens of recordings from U2, Wilco, The National, Spoon, Collective Soul, Muse, to War on Drugs, and Phantogram amongst others. As proud of this pedal as we were, we wanted to make it better, so we did. – Josh Scott

The Colour Box V2 has all the same functionality of the V1 with many new and improved additions like expanded EQ controls, a Hi/Lo switch for massive clean headroom, and the ability to pass phantom power to your condenser mics.

The most significant improvements are:

The Gain section in red has three controls: Master, Pre-Vol, and Step. The Master volume controls the overall volume of the unit. The Pre-Vol controls the amount of gain between the two internal gain stages. This acts as a "drive" or "gain" control, adding more grit, distortion, and even fuzz as you increase the gain.

The Colour Box V2 has a new Hi / Lo switch to control the amount of clean headroom you have available.  In the Lo mode, you will easily be able to get ultra clean sounds without breakup.  Lo Mode is excellent for tone shaping when distortion is not needed.  In the Hi mode, the Colour Box V2 will distort much more readily, giving you a broad spectrum of overdrive, distortion, and fuzz sounds.

In addition to the Hi / Lo gain switch, there is a -20dB pad switch on the right side of the Colour Box V2. This function only works when in XLR input mode and can help tame the volume for high output microphones.

MOST POWERFUL EQ YET

The Colour Box V2 has a combination XLR and 1/4" input jack to use either an instrument or microphone.  Select your input with the input selector switch on the right side of the pedal labeled INST/XLR.