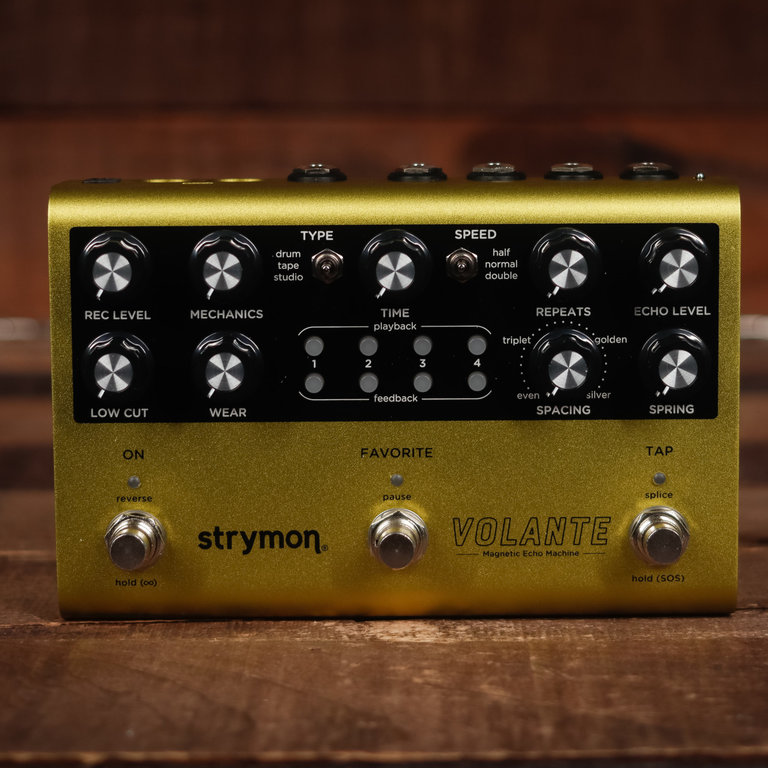 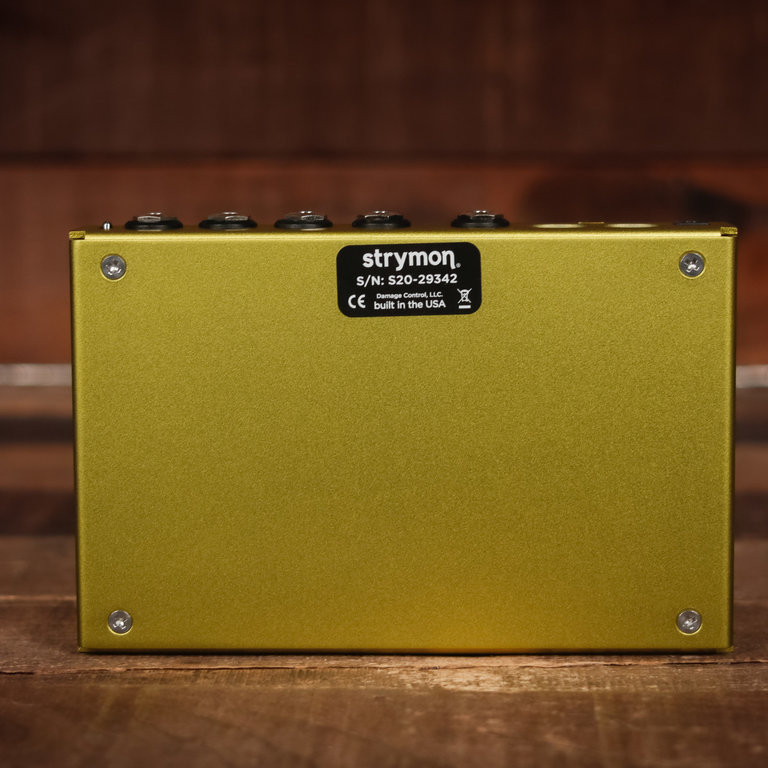 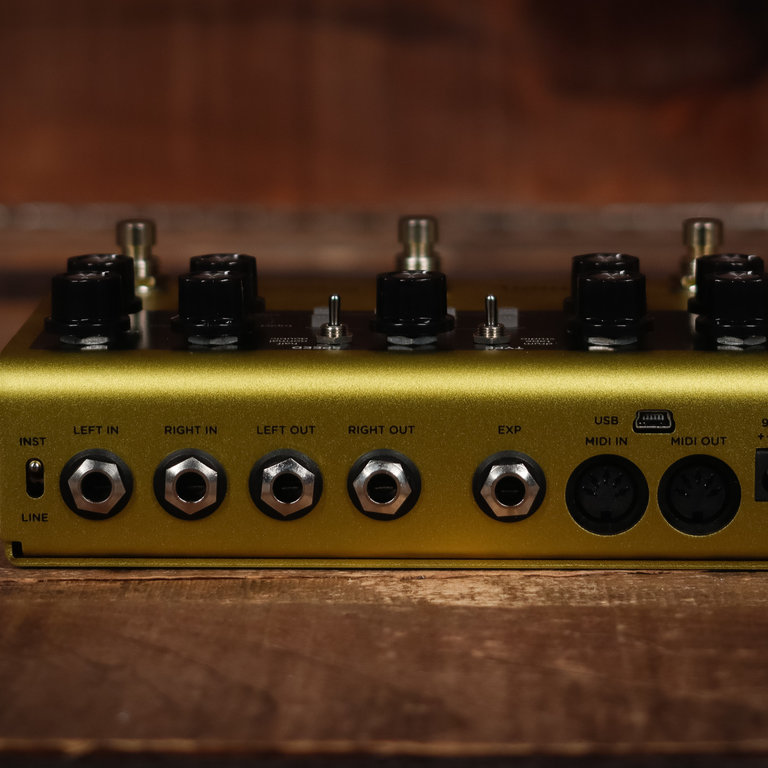 $399.00
Strymon
In stock
Article code 210000029177
Create instant retrofuture atmosphere with evocative vintage delay tones.
Share this product:
**This item has never been owned, though is in mint condition due to slight use for in-store demos**


Sounds From The Expanse.

Create instant retrofuture atmosphere with evocative vintage delay tones. Activate your imagination with evolving ambient echoes and warm, organic feedback with just the right amount of grit. Sculpt your soundscape in real time as Volante becomes an extension and expansion of your musical instrument. Infuse your pedalboard with stunning vintage vibes that resonate and inspire.

To capture the nuance and complexity of classic tape and drum echo machines, every last magnetic delay system attribute was relentlessly studied and faithfully recreated. From the sought-after natural saturation and soft clipping of magnetic media when driven hard, to hands-on real-time controls for mechanics, wear, head-spacing, and low cut, Volante instantly adds tons of vibe to your sound.

Volante provides the full experience and sonic attributes of iconic multi-head echo machines. At the center of Volante’s control surface are four delay playback heads with individual feedback, panning, and level controls—delivering unlimited creative options right at your fingertips. All of this range allows the creation of complex rhythmic patterns as well as reverb-like atmospheric textures.

Magnetic drum echoes are famous for their warmth and for their harmonically rich and saturated sounds. This is due in large part to the many tube stages present in the most sought-after units. There were tubes in the input buffer, the signal mixer, the record and playback amplifiers, the tone shaping circuit, and the output mixing circuit.

Every sonic aspect of our favorite drum echoes has been meticulously reproduced within Volante. Dial in any possible sound from the full range of the best vintage drum echo units in conditions ranging from fresh-from-factory to road-worn classic.

Volante gives you superbly crafted multi-head tape echoes, including the smooth tape saturation and the characteristic imperfections and nonlinearities inherent to the sound of those vintage machines.

Mechanical alignment, head wear, and tape crinkles, splices, and contaminants are all accounted for in Volante, giving you all the richness and complexity of a classic tape echo, with modern control and stability. Volante also allows you to recreate the irregular head spacing of some of the classic tape echo machines.

The professional reel-to-reel machines of the 50s and 60s were high-fidelity units built to accurately reproduce full-range audio signals. In the hands of creative engineers, these machines also doubled as some of the earliest studio effects, producing some of the fattest sounds imaginable.

Of Volante’s three magnetic echo types, the Studio Echo provides the cleanest sound, able to sustain the highest number of repeats with minimal degradation. Volante gives you a pristine studio delay with the full-bodied warmth and fidelity of reel-to-reel tape.

Set Playback Level and Feedback for Each Head.

Each head’s playback level can be set for full volume, half volume, or off.

Independent of playback level, you can switch each head in or out of the feedback circuit.

You can even switch heads into the feedback circuit that are not activated for playback.

All of this control allows the creation of interesting and complex rhythmic patterns as well as unique atmospheric delay textures.